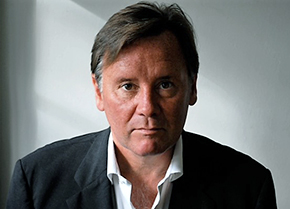 Long experience of the costs and risks faced by clients when embroiled in disputes led him to appreciate just how effective a tool mediation can be. He strongly believes that mediation can provide a more satisfactory and less costly resolution to practically any civil and commercial dispute.

Lawrence qualified as a mediator in 2009. He trained as a civil and commercial mediator with ADR Group and as a workplace mediator with Steve Hindmarch. Over the last ten years he has developed a successful mediation practice from his base in the South West.

He is a CMC registered and accredited mediator.

Lawrence has 30 years’ experience as a commercial solicitor gained at the Simkins Partnership and Harrison Curtis and continues to practice as a consultant solicitor with Swan Turton LLP. Since training as a civil and commercial mediator with ADR Group in 2009 he has focused his energies on developing a successful mediation practice in the South West.

He is a CMC Registered and Accredited Mediator. Lawrence has successfully mediated a very wide range of disputes but has particular experience in helping resolve Inheritance disputes (including 1975 Act, capacity and proprietary estoppel claims), TOLATA cases involving properties and businesses, Copyright and IP Disputes (in particular those involving the music and theatre industries), Neighbour disputes (usually involving boundary, right of way or restrictive covenants), Company (Shareholder/Director) and Partnership disputes.

Lawrence combines a highly commercial approach with a willingness to keep clients focused on finding solutions to their problems.

Over 85% of the mediations Lawrence has undertaken have resulted in settlement on the day.

Lawrence is always happy to talk to any lawyer or party considering mediating their dispute, whatever the subject matter. If you would like to discuss any dispute in confidence or just have a chat to see if you feel that he would be suitable for your case please contact him.

Lawrence’s long career in media and entertainment law made him deeply aware of the costs and risks faced by clients when embroiled in disputes and led him to appreciate just how effective a tool mediation can be.

He strongly believes that mediation can provide a more satisfactory and less costly resolution to practically any civil and commercial dispute.

Here he explains why.
Why Mediation?
Mediation is a fast, flexible and effective process for solving almost any form of commercial dispute and can deliver results that respect commercial interests not just legal rights.

A typical commercial mediation lasts only a day; sometimes half a day is enough. It is confidential and, compared to litigation, inexpensive.

Most importantly the parties remain in control.

Mediators facilitate negotiation in a confidential and neutral situation. They do not take sides or tell the parties what to do.

Mediation is voluntary, confidential and non-binding up until settlement.  Any solution is one chosen by the parties not imposed on them by a Judge or Arbitrator.

Most importantly, it works. More than 85% of the mediations I have undertaken settle successfully on the day.
What Does a Mediator do?
Mediation is effective because the mediator is an independent neutral person who is committed to helping the parties settle, but who does not have a stake in the dispute or the outcome.

A good mediator will study whatever material any of the parties wish them to read before the mediation appointment and will ask questions to improve their understanding of the positions taken in the dispute. The mediator will also try to build trust and rapport with the parties to try to give them confidence to share their underlying concerns and interests with the mediator.

All the mediator controls is the process by which the parties try to achieve a settlement. It is the mediator’s job to create the best process for that dispute and those parties. The mediator will manage the process, create momentum towards settlement, and must be a tenacious and patient negotiator.

I am always happy to talk to any lawyer or party considering mediating their
dispute, whatever the subject matter. If you would like to discuss any dispute in confidence or just have a chat to see if you feel that I would be suitable for your case, please contact me.
What will actually happen in the mediation?
There will usually be some pre-mediation contact by the mediator to ensure that everyone is comfortable with the process.

I actively encourage parties and their advisors to speak with me in confidence before the mediation day and my fee is always inclusive of all pre-mediation contact, set up and reading.

At the mediation itself the process will depend on the nature of the dispute, the relationship between the various parties and what the mediator and the parties feel would be the best way of making progress.

There are many different ways of mediating and one of the mediator’s most important skills is to create the best process for that dispute and those parties.

Some people do not wish to meet the other side at all and some feel it important to have a face to face discussions. In most cases a large part of the mediation will take place with the parties in separate rooms, with the mediator going between them discussing the available options in confidence and helping to build a co-operative atmosphere in which a solution to the dispute can be found.

"Came really highly recommended and deserved that praise."
Solicitor – Will Dispute
“I chose this mediator due to his sound reputation and felt the Mediation was handled extremely well from start to finish.”
Lawyer – Property Dispute
“He took time to understand the issues in play and controlled the mediation exceptionally well. I will certainly recommend him to others”
Solicitor – Copyright Dispute
“Very Impressed. Excellent rapport with client, commercial and focused sessions.”
Barrister – Will Dispute
“He is an excellent mediator and comes highly recommended. I particularly like the fact he cuts to the issues and isn't afraid to ask direct questions or challenge the parties.”
Solicitor – Inheritance Dispute
“The client and I liked the mediator’s preparedness, his commercial acumen and understanding and his excellent mediation skills. We would recommend him and have no hesitation using him again.”
Solicitor – Will Dispute
“Lawrence was excellent. The parties were entrenched and it has been a difficult case to litigate.”
Solicitor – IP Dispute
“Mr Harrison was very personable and astute in grasping my father’s personality and what the situation meant to him at the outset”
Party – Boundary Dispute
“Both I and [client] were very pleased by the analytical and steady approach provided by Lawrence which led to successful negotiations and robust heads of agreement.”
Other Party – Same Boundary Dispute
“My colleagues have worked with Lawrence in the past and he came highly recommended. I wanted a mediator who could 'grapple with the issues and take no nonsense' and Lawrence did not disappoint.”
Solicitor – Farming Dispute
“He was very sensitive to the needs of my elderly client”
Solicitor – Farming & Will Dispute
“He recognised the emotional aspect of the proceedings but did not allow that to derail the process. Mr Harrison helped make a difficult day less traumatic.”
Party – Contentious Probate
“I chose this mediator because Lawrence assisted a past client who was in a similar dispute and handled it extremely well which led to a very successful outcome.”
Solicitor – Rights of Way Dispute
“Both I and my client would highly recommend Lawrence in the future.”
Solicitor – Will Dispute
“The mediator was exceptionally good. I have nothing but praise”
Solicitor – Building Dispute
“We liked Lawrence's awareness of the issues involved, and his sensitive approach both psychologically and factually.”
Parties – Will Dispute
“Couldn’t have been more helpful, we thought he was spot on!”
Party – Building Dispute
“We would like to thank Lawrence for sensitively helping us to reach a point of resolve with a difficult family issue. We would highly recommend him.”
Party – Inheritance Dispute

Lawrence is a consultant at Swan Turton Solicitors.
To contact him about his legal practice;